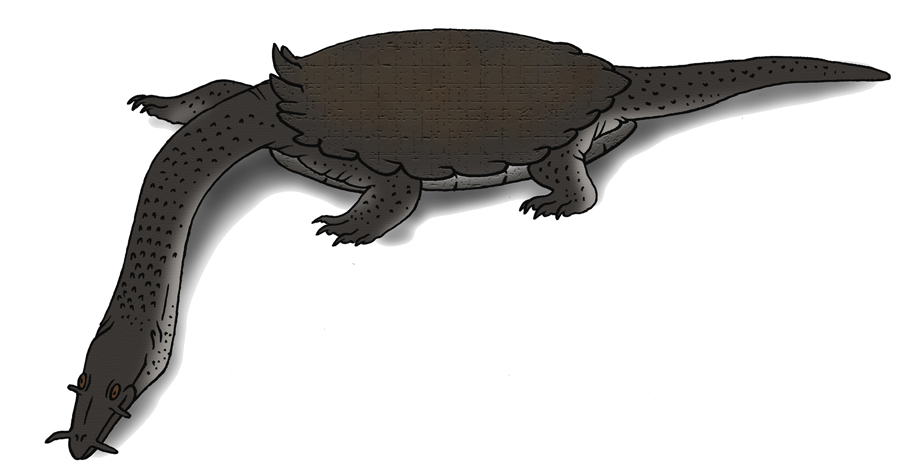 Time: Sighted in 1997, one was apparently shot in the 1800s. Also prominent in Peruvian legends.

A bizarre, snakelike monster has been seen on a handful of occasions in Peru. It is described as cylindrical, looking like a huge black snake with a shell on its back. According to legend, it can spend many years dormant underwater, and produces a whirlpool as it submerges.

The sightings concerned with this creature do not recall any known animal, but are a close match for a mythical beast known as the Sachamama. Supposedly a giant serpent with a snail-like shell and feelers, this creature seems rather typical of a mythical “chimera”, combining 2 animals’ features into a hybrid monster. Perhaps local mythology influenced certain locals to fabricate stories of encounters with this creature, or misidentify local floods and whirlpools as the destructive work of this monster. Some parts of Peru are home to the green anaconda, which is certainly huge and dangerous enough to be mistaken for a mythical serpent. Certainly, no snake has ever had a shell, and it seems unlikely that they would, except in myth and legend.

Our speculative version is not a snake at all. The Sachamama (Cheloniserpens niger) is a giant variety of side-necked river turtle, combining a serpentine head and neck with a large black shell. Total length can be up to 6 metres (including the neck and tail), and carapace length about 2.3 metres. Mainly feeding on fish and smaller turtles, it lies in ambush on the riverbed, striking powerfully with its long neck, and engulfing the prey by suction. Though it spends most of its time submerged, it is sometimes sighted on land, either basking in the sun or emerging to lay its eggs. The Sachamama‘s distribution includes the Peruvian Amazon, Bolivia, and western Brazil, it prefers wide, deep river channels with relatively few snags and obstructions. Four prominent facial barbells serve a sensory function, allowing it to sense water movement, current, and chemical traces to find prey, and also to locate a mate during the breeding season. Nesting occurs through September to November, when there is adequate dry ground for nest-making.