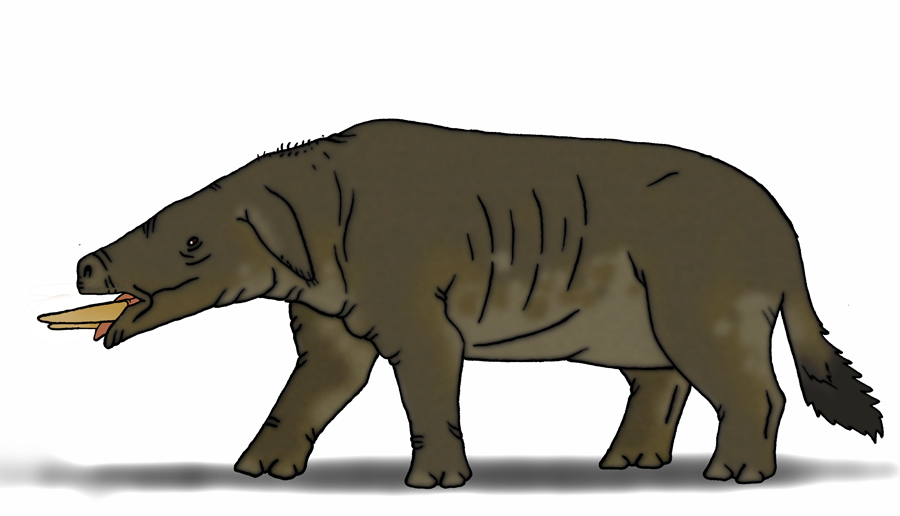 Some “monsters” appear in travellers accounts of exotic animals, and are subsequently never heard about again. Many times, they can be garbled accounts of real animals that are well known today, but occasionally these mysteries go unsolved, the creature not properly resembling a known animal.

The Sukotyro is one example, reported in traveller’s tales during their trips to the East Indies (Southeast Asia); it does not readily resemble any known animal. It had a heavy, rhino-like body, with elephantine feet, a pig snout, floppy ears, and a bushy tail, like a horse or cow. Its eyes were set high like a hippo, and projecting just below them, apparently directly from the face, were a pair of large tusks. It was described based on these accounts, in some books on natural history, potentially as related to the elephant. A pair of Sukotyro tusks presented to the British Museum of Natural History turned out to be horns from a water-buffalo. This creature is no more easily explained today as it was back then, it could possibly be a hoax, a made up account with no basis in fact, or it could potentially be loosely based on Indonesian tusked animals, like the Babirusa, or the sometimes hornless Javan Rhino, which does have tusks, but small ones.

For our speculative account, we assumed that it indeed had many of the described features, but possibly, the tusks did not erupt from the face directly. The Sukotyro (Sukotyro indicus) despite its decidedly porcine appearance, is actually a kind of rhinoceros. Apparently  descended from the Chilotherium, a hornless rhino that had large tusks, The Sukotyro is somewhat larger (almost as big as a white rhino) with bigger tusks that are less curved, and thicker, projecting from the corners of the mouth when closed. It feeds mainly on low-growing plants, as opposed to the grazing diet of its ancestor; the teeth show that it has only recently re-evolved a low-browsing tendency; as a result, the Sukotyro is sometimes a mixed feeder. Frequenting more open areas of forest, where smaller plants have grown due to a gap in the canopy, it also enjoys reeds and shrubs. This animal is extremely rare and elusive, seemingly restricted to Java, but it may have inhabited other parts of Indonesia in the recent past.