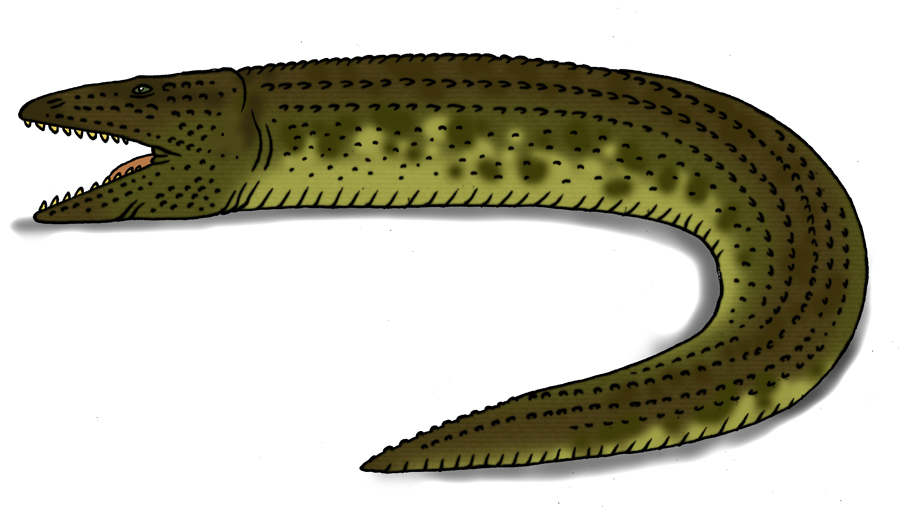 Notable among cryptozoological subjects are creatures that are known only from a single sighting. Just one such occurrence was the giant serpent seen by a missionary, in a remote jungle valley in the Himalayas. Initially mistaken for a fallen tree trunk, it seemed to be a truly enormous limbless reptile, with huge crocodilian jaws. It was approximately 12 meters long, and almost 2 meters in circumference, with a gape that a man could reputedly stand inside. The Nepalese locals referred to them as dragons, and said that they lie in wait, jaws agape, for hapless animals, like water buffalo, to get within striking distance.

As with any creature based on a single sighting, we should probably be sceptical about this claim. Firstly, snakes themselves could not grow so massive, due to the constraints of their relatively simple musculature, and that gravity would prevent such a huge serpent from moving effectively. A different suggestion has been that this creature is a legless crocodile, but crocodiles adapted for a terrestrial lifestyle usually have strong, muscular legs, what would cause a land dwelling crocodile of such size to become limbless? The truly bizarre anatomy of this creature renders it very unlikely, thus there is a very real possibility that this creature is a complete fabrication.

If we were to speculate about a real Crocodile Serpent, what shall it be? In reality it is neither crocodile nor serpent, but is descended from earless monitors (Lanthanotidae), and highly specialised in its anatomy. It measures as much as 12 metres in length and 2 metres in circumference, with massive, powerful jaws. Possessing only rudimentary limb bones that are internal, it still has powerful shoulder and hip muscles that help it move with writhing motions. In order to support its massive bulk, its body is heavily muscled, more so than a snake, and its belly is reinforced by bony, strut like scales. It relies on camouflage to catch its prey, its greenish-brown body appearing to be a fallen log, it will then surge forward and seize prey, as it wanders by unawares. It can exert enormous bite force with its relatively inflexible, akinetic jaws with many pointed, backward facing teeth. Despite possessing inflexible jaws, its wide throat allows it to swallow most prey whole. These reptiles are ovoviparous, incubating a pair of large eggs internally; such slow reproduction may render this creature vulnerable to extinction. Populations seem to be restricted to the forested valleys of Nepal, which may indicate that this creature initially evolved large size in response to a cooling climate, during the formation of the Himalayas.