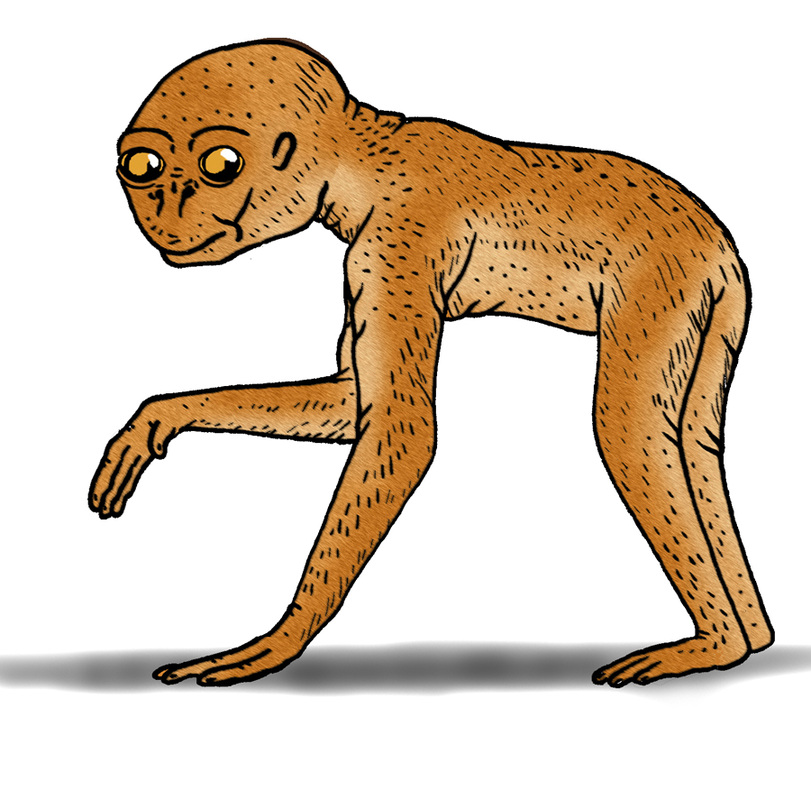 Time: April 21 and 22, 1977. Some Native American folklore are claimed to represent the same creature.

Some cryptids, like the so-called Dover Demon, seem so un-animal like that they soon attract a whole other kind of Fortean Researcher, the UFOlogists. The creature itself was spotted on 2 evenings in 1977, and was described as long-limbed, with large, prehensile hands and feet, rough, orange skin, and an enormous head, featureless except for large, glowing eyes.

There is not much we can really make of these sightings; various suggestions as to its identity have been sparse and unsatisfactory. The most popular, and most ridiculous suggestion is that it was actually an extraterrestrial, but this seems to simply be cherry picking on the part of UFOlogists, as there is no real association between the creature and any supposed sightings of alien craft. The suggestion of a foal or moose calf seem to be stretching things a little, and the idea of a semi-aquatic “Merbeing” primate category of cryptids was posited also. It should be said that the Merbeing category is really a hodgepodge of sightings of various humanoid and sub humanoid entities that are variously associated with water or the sea. Such truly mythological entities as the Chupacabra, Kappa, and indeed, even mermen and mermaids, have been relegated to this category.

Indeed, the Dover Demon does seem something like a primate in shape, and the nature of the limbs, but altogether, the idea of basing a new kind of primate on 3 sightings over 2 nights is pretty laughable. Cryptozoologists have claimed that a Native American myth, the Mannegishi, may represent the same creature, a big-eyed, round headed imp that plays tricks.

If the Dover Demon were to be a semi-aquatic primate, its unusual shape and anatomy may offer us some speculative fodder to work with. Perhaps it is not a true merbeing, but a sort of prosimian, which would certainly fit the giant eyes, head, and large prehensile hands. So, the Dover Demon, here presented as a giant Prosimian (about 8 kilograms on average), is given the more appropriate native name Mannegishi (Enantioloris demonicus). This creature is in fact only distantly related to Asian lorises and tarsiers, being descended from the Omomyid prosimians of the Eocene, which were common in North America at that time. It is semi-aquatic, spending most of its time wading in streams and ponds in search of fish, worms and crayfish; it also enjoys eating the succulent bases of some reeds and grasses. It is covered in a pelt of short, dense bristles,  giving its skin a rough appearance. Its long legs make it well able to wander about overland, but it is nocturnal, and rarely if ever seen, it spends the day resting in long reeds or other riparian vegetation, making nests each night as primates do. If confronted by a predator it will either find cover, or dive underwater among reeds, staying underwater by clutching them with its large hands. Having only been sighted a couple of times, it is not known how widespread this creature is across North America.