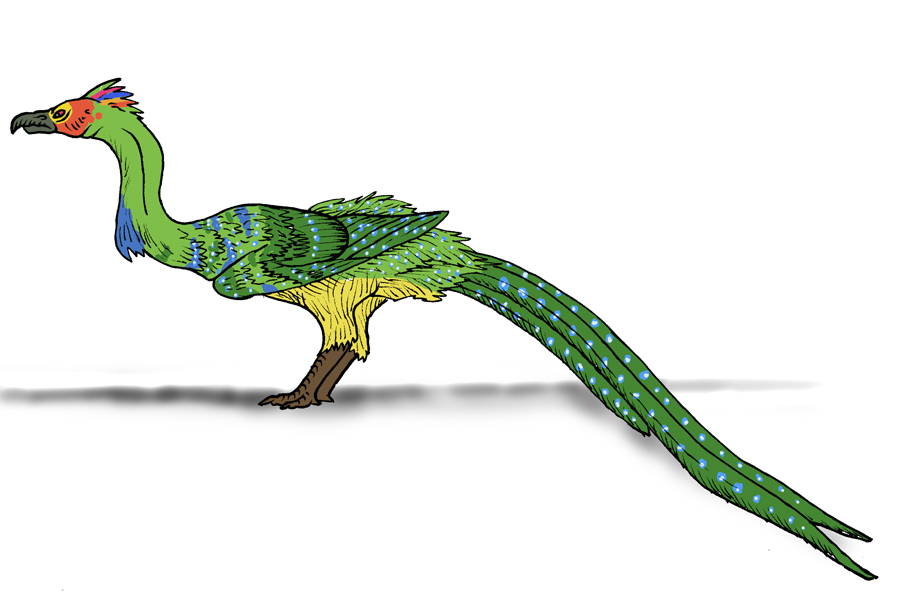 Time: Sightings and mythology confined to the 1800s, since believed to be extinct.

Dragon myths usually remain un-fathomed by all but the most fanciful of cryptozoologists, many of the researchers document old sightings and myths of these creatures, but few seriously entertain the idea of dragons existing, creationism notwithstanding.

The local mythology of Welsh flying serpents was centered in the woods around Penllyne Castle near Glamorgan. They were described as appearing to be covered in jewels of many colors, with brightly colored, feathered wings, sometimes adorned with glittering eyed markings, like a peacock. Reputedly, they enjoyed killing chickens, and would attack if provoked, by fiercely beating you about the head with their wings. The locals used to claim vehemently that these creatures existed, and were not simply fairy-tales. Nevertheless, these accounts have various myths associated with them, there was reputed to be a “king” and “queen” of flying serpents, and that sighting one was a sure sign of buried treasure or hidden valuables nearby.

Surely, the idea of a winged snake in such a unremarkable place, must be simple myth and folklore, but this has not stopped some cryptozoologists from trying to justify its existence. The most popular theory is that it must, in fact, be a pheasant of some sort, something like a peacock. As Karl Shuker points out, if it were indeed a pheasant, it would have been hunted for sport, eaten, and often mounted and displayed, as modern pheasants, grouse, and partridge were, both in those times, and now. And surely, a member of such a popular group of game birds would not be mistaken for a snake, of all things!

So it seems that this creature, despite local testimony, is a colorful myth. But indulging in speculation, let’s consider the pheasant hypothesis. The Welsh flying serpent (Ophidophasinus resplendens) is serpent in name, reputation, and ferocity only. It is a large slender-bodied pheasant, about the size of a muscovy duck, with a swan-like neck, and long trailing tail plumes. The predominant color is green, covered in shining, jewel-like eye-spots of blue and silver. This creature, as is the case with many captive pheasants, can be aggressive. It has been known to kill chickens and other domestic fowl, not for food, but as a territorial act of aggression, perceiving cockerels in particular as a threat to its harem. Like the capercaile it uses its large, hooked beak to tear at tough vegetation, and in a similar way, very much enjoys berries; it will occasionally catch mice and lizards, as many fowl do. Its preferred habitat is temperate woodlands, where there is plenty of undergrowth to feed on. The incursion of people into its native territory results in more aggression, and coupled with is chicken-killing reputation, it may soon become extinct.