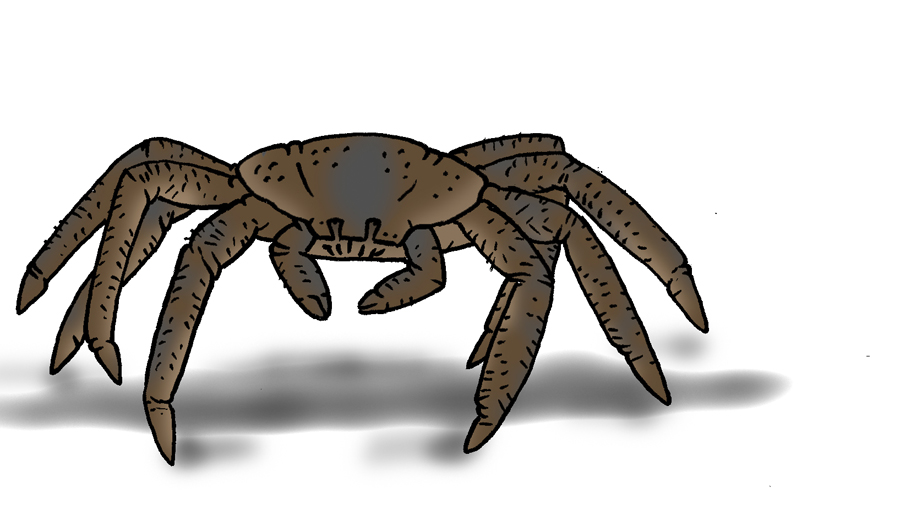 Tales have emerged from the Congo jungle of a spider of prodigious size, with a leg-span up to 6 feet across. One was encountered by R.K Lloyd and his wife in 1938, as it scurried across the road, initially they mistook it for a monkey, but soon realised it was a gigantic, tarantula-like spider. Researchers searching the Congo for the infamous Mokele m’bembe, later brought back tales from the Baka pygmies of enormous spiders called J’ba fofi that wove tangled webs between trees, to prey on small antelopes, monkeys and birds.

In reality, such an enormous spider is an anatomical impossibility; spiders cannot grow to such truly giant sizes, because of the simple nature of their respiration, and the relative weakness of their exoskeleton. This has left cryptozoologists wondering if the J’ba fofi is a real creature at all, and that it may be a mere myth. Certainly, such a ridiculous thing as a colossal spider seems to be truly the stuff of myth (or bad horror films), and there is even the possibility that the natives simply fabricated an entertaining lie to tell their foreign visitors.

If this anachronistic creature existed, we must find a more convincing identity than that of a spider. The J’ba Fofi (Arachnocancer giganteus) is restricted in distribution to parts of the Congo rain-forest, though believed to be a giant venomous spider by many native tribes, is falsely exaggerated in local mythology. It is, in fact, a very large land crab, with a leg span of up to 1.7 metres, and is almost completely harmless. The exoskeleton is hard and reinforced, supporting this creature on land, and the legs are long and hairy. Feeding mostly on fallen fruit, fungus, nuts and carrion, it will drag dead meat some distance back to its burrow, which has led to the false belief that it hunts other animals. Despite the tribal myths, the J’ba Fofi does not spin webs, but they commonly dig burrows beneath the tangled roots of trees, building a mound-like structure around the entrance, out of a mix of mud, saliva and faeces. This structure dries hard, and is assumed to be a deterrent to predators that would try to dig it out. It serves an additional purpose for the males during the breeding season, as a courtship arena that is kept clean, and adorned with freshly fallen leaves. The females are naturally attracted to large, well adorned mounds because they are good hiding places. Males and females find a suitable body of water after mating, in which to lay and fertilise their eggs.