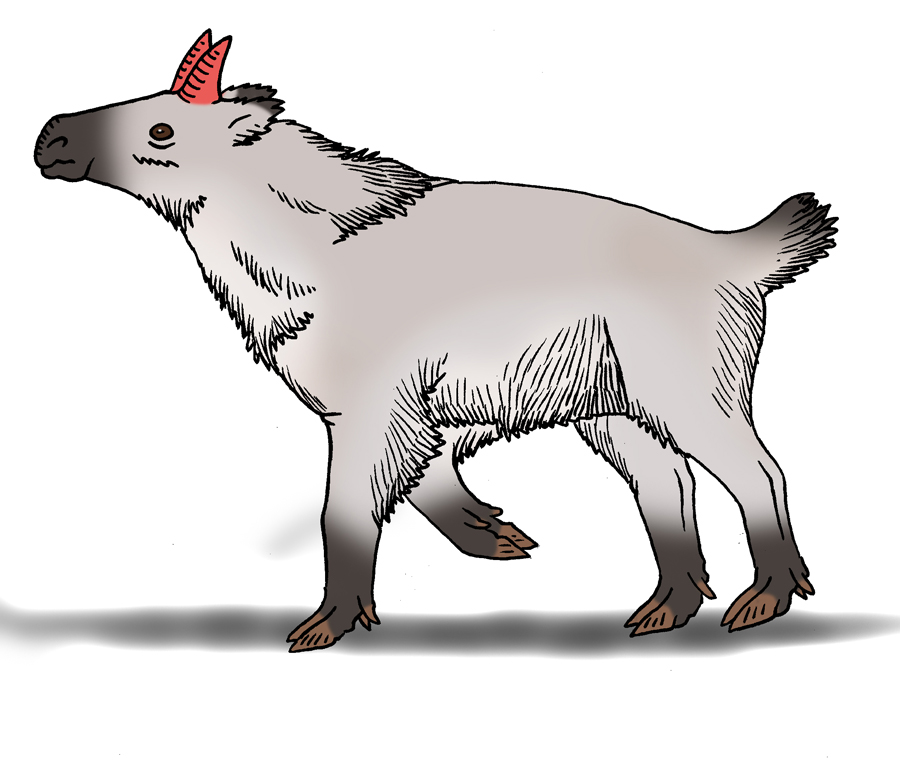 A missionary in Texas heard from an American officer about a strange animal kept as a pet by a local Comanche woman. It was a goat-like animal, only as large as a cat, with rose coloured horns, silky white fur, and claws instead of hooves. Apparently the woman would not part with this creature for any amount of money, but the officer was told that these creatures were common in a nearby wood. No more reports have been made of this creature since.

The idea of a goat with claws is decidedly strange. All living ungulates have hooves of one sort or another. This has led various cryptozoologists to suggest vague affinities among prehistoric ungulates with claws, like chalicotheres and notoungulates, but then again, none of these have horns, let alone red ones. This report cannot be taken seriously, it is just a single anecdote from a long time ago, and anecdotal evidence is not conclusive evidence.

But what of a speculative Clawed Goat? The Texan Clawed Goat (Onychoocapra rubricornus) is a shy animal that shares a common ancestor with the Rocky Mountain goat. Being only as large as a small dog, it is most commonly found in dry forest, scrub or bushland in Texas and northern Mexico. The ability of goats to climb is taken to extreme in this beast, what look like claws are in fact long, curved, claw-like hooves, which enable this animal to clamber among tree branches with ease. Indeed, it spends most of its time in the trees, using its small size to browse on the softest buds and new leaves. Its horns are small and conical, and a distinctive red colour, this may be a visual signal within their herds. Their small size and passive demeanour make them favoured pets of local Native Americans, who also shear the soft white fur to use in weaving. Vocalisation is a short, plaintive, high-pitched bleat.